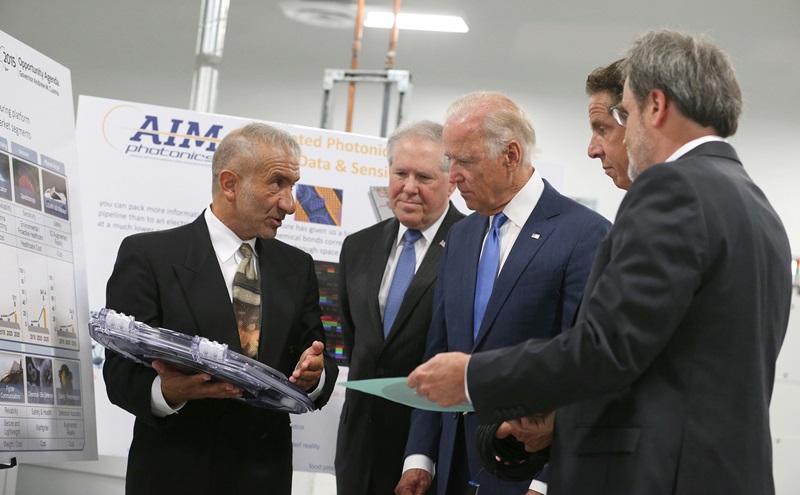 Vice President Joe Biden topped the bill as a phalanx of US politicians descended on upstate New York to hail the news that Rochester will form the central hub of a $610 million effort to advance photonics manufacturing capability.

Re-christened as the American Institute for Manufacturing Integrated Photonics (AIM Photonics for short), the New York-led consortium lists 124 partners, including 55 companies, across 20 states. Among the private-sector partners are big-hitters like IBM, GE, Raytheon and Lockheed Martin, alongside the likes of Chiral Photonics, Optimax and TeraDiode.