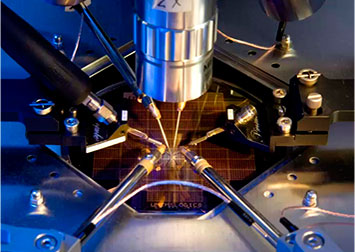 UC Santa Barbara’s Institute for Energy Efficiency will play a lead role in a $110 million federal program to develop new electronic products using the next generation of chip technology.

UCSB will become the west coast hub for the newly formed American Institute for Manufacturing of Photonics (AIM), teaming with lead institution State University of New York Poly. The UCSB team will be led by IEE director John Bowers, a pioneer in the field of photonics or the use of light to transmit vast quantities of data at once-unheard-of speeds.

“AIM and UC Santa Barbara are leading a revolution,” said Bowers in a statement provided to the Business Times. UCSB Chancellor Henry Yang cited 30 years of leadership in the field of photonics at the campus, including three of UCSB’s Nobel prizes.